From Abused to Abundant 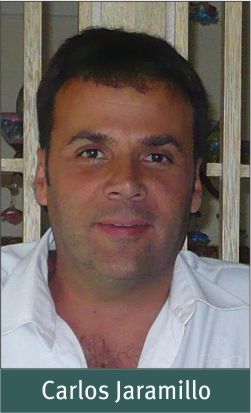 Editor’s Note: Carlos Jaramillo was a broken man when God called him into ministry from a successful career as a commercial pilot. The abuse of those who had been his spiritual guides in the church where he had fellowshipped had left him deeply scarred. While at seminary, leaders from the El Redil church in Medellín began to mentor him and help him to overcome the effects of that experience. Now, as a healthy leader himself, and the pastor of a church with an attendance of 300, Carlos has turned his seminary thesis on spiritual abuse into a book that is being used in Colombia to help other pastors deal with the issue of the abuse of spiritual authority.

“Men never do evil so completely and cheerfully as when they do it from religious conviction." (B. Pascal)

The problem of the abuse of spiritual authority has been a constant in many Christian churches. To understand the “why” behind this kind of leadership is complex, but not impossible to identify.

It is obvious that the authority exercised by leaders determines the kind of church that develops. But why does a leader decide to exercise this kind of abuse of authority over his followers?

Unhealed wounds are definitely an important factor in how a leader leads. “Hurt people hurt people” (popular proverb). A wounded leader will try to put up barriers in his relationships to distance himself from the possible “aggression” of others. He is susceptible to any gesture or word. He is careful in his relationships and doesn’t permit confrontation, which he always sees as a threat.

Paranoia is characteristic of an insecure person and is a psychopathology that usually coincides with a higher IQ. Everything that he observes around him and doesn’t understand, he identifies as a strategy designed to work against him.

Polarized thinking is another symptom of an abusive leader. Halfway doesn’t exist. People governed by this thought pattern are not able to see shades of gray. This was the cause that generated so much conflict between the Pharisees and Jesus. They could not accept Jesus’ attitude toward sinners. An insecure leader seeks to control the rules of the game of those who are “in” and those who are “out.” There is no balance between Truth and Grace.

An abusive leader needs to control the demands of other people and to predict the possible consequences of their reactions, in order to establish a certain amount of personal security. For this reason insecure leaders (those who don’t believe that God’s favour already rests on them) are the most prone to spiritually abuse others. The more insecure the leader the more importance he gives to the titles he has. His authority is based on his achievements, not on his identity as a child of God. Because of this it shouldn’t be a surprise that the leader begins to look for approval to justify his behavior toward others.

Spiritual abuse presents itself in contexts where God’s guidance is considered a determinant factor in life. The leader becomes “God’s” voice in determining who others are or what others should do. The church, where a legitimate search for identity and purpose exists, becomes a fertile place for abuse.

Everyone looks for a “King” and if the spiritual leader is not aware of this phenomenon in his followers he will be placed in the role of “god” consciously or unconsciously. An insecure authority will then feed off of what his sheep are looking for.

The wise shepherd doesn’t allow himself to be deceived into believing that he carries the burdens, identity, or purpose of his sheep. He believes that he carries his people toward the Good Shepherd Who can care for, give identity to, and provide purpose for, the sheep.

The wise pastor never forgets his own condition as a sheep.

The surest way to prevent spiritual abuse is for the pastor to be convinced that the favour of God is already on him and that his validation comes from what God the Father thinks of him. He must remember that he has the same Father as his sheep. John 21 is clear that if the pastor (in this case, Peter) is not convinced about God’s love for him, and that love is what prevails in the ministry, then he is a danger in the pastorate. Without that conviction the shepherd feeds off the sheep and looks for ways, consciously or unconsciously, to meet his own needs through his sheep. 1 Peter 5:1-7 outlines how pastors and leaders need to see themselves and those they lead.

In summary, the sheep or the shepherd who needs validation allows himself to be caught in the web of spiritual abuse and misused authority.

A healthy leader provides space for doubts to be spoken, as well as space to risk new ventures. Healthy leaders are vulnerable and can share their own failings and needs, allowing others to minister to them. Vulnerable leaders are broken men and women who do not need to protect themselves for fear of losing something. A healthy leader allows himself to submit to the same authority of God and His Word to which any other sheep submits himself.

—Carlos Jaramillo, along with his wife, Christina, has pastored the El Redil church in El Oriente, Colombia, for ten years. Phil Webb is a Fellowship International missionary who has served in Colombia with his wife, Deene, since 1983. The Webbs train pastors and leaders in transformational leadership.