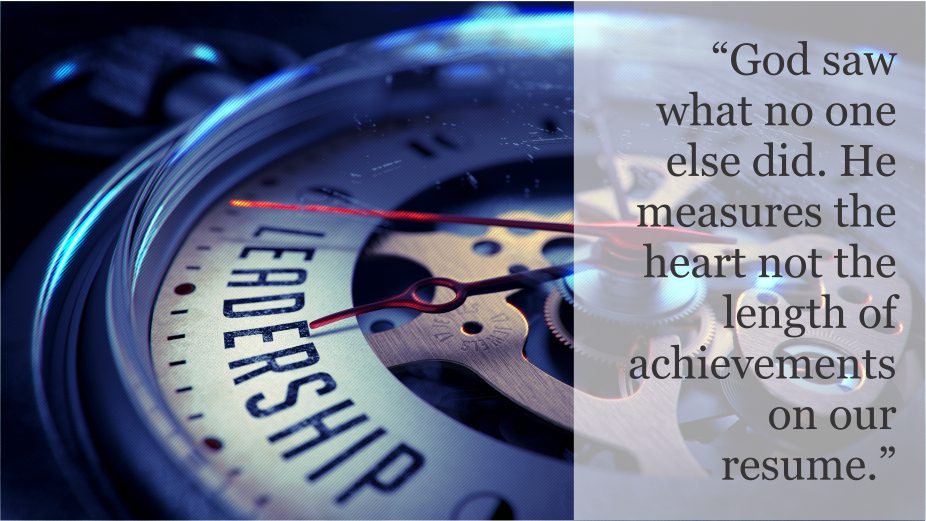 Our Fellowship has a rich heritage of servant leaders who faithfully trusted God and pursued His mission. I thank God for the “Abrahamic characters” God gave our churches, those who have left us this marvelous legacy. It is a legacy to be celebrated, but it is also a call to all the rest of us to step up to the plate, to embrace the vision God is calling us to pursue, and to accomplish our mission.

One constant I have noticed among these pioneers is the humble beginnings from which many of our former exceptional leaders came. Few of them anticipated the great things they would do for the Lord.

This reminds me of examples we find in the Scriptures. The prophet Samuel goes in search of Israel’s king, and he meets Jesse’s first son. He was very impressed and said, “This is the one.” But after the Lord rejects all of Jesse’s sons who are present, Samuel asks if there is anyone left for him to consider. Interesting, Jesse has apparently almost forgotten about David. But David is the Lord’s chosen leader. God saw what no one else did. He measures the heart, not the length of achievements on our resumes.

“[God] chose David his servant and took him from the sheep pens… to be shepherd of his people Jacob, of Israel his inheritance.”

God chooses a sheep “midwife” to lead His precious people, the Lord’s great inheritance. Our Heavenly Father leaves a legacy to David. A humble shepherd boy becomes the servant-King of Israel.

David was constantly serving others. He played his harp in the palace to soothe a tormented king. He brought food to his brothers at the battlefront. David was less concerned about how many were serving him, and more concerned with how many people he was able to serve. Even when he heard the news that he would not have the privilege of building the Temple, he worked to gather all the materials needed so that his son Solomon would be able to build the Temple after he was gone. David demonstrated a servant-heart over and over and over again.

I have witnessed leaders in our movement who have consistently modeled the heart of a servant, as David did.  None of them did it for public recognition. In fact, they often quietly served us without anyone watching.

What a marvelous legacy has been left behind, and passed on to all of us to celebrate.

In this edition of THRIVE, we are going to take a look at the legacy of our past, while looking forward into our hopeful future. I know you will be inspired and full of gratitude by the stories and reports you read.

—Steve Jones is President of The Fellowship of Evangelical Baptist Churches in Canada.