The "Un-Models" of Church Planting

CAMBODIA: Saved by the skin of their teeth 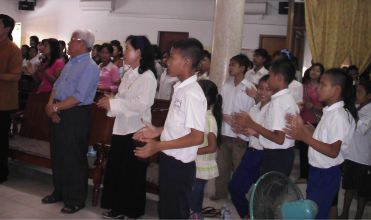 Oeut and Nhep Pech (Rosemont, Montreal, QC) returned to their native Cambodia with a burden imprinted on their hearts. But reaching a people steeped in ancient religions and deeply scarred from the brutal reign of Pol Pot in the 1970s, would require a different approach. Nhep is a dentist by profession so the Pechs returned to their homeland with a vision to use a mobile dental clinic to reach the highland Khmer and the villages of rural Cambodia. Here the people are too poor to be able to afford treatment, even if it were available. The clinic has been the launch pad from which hundreds of people have been reached and many introduced to Christ. Four churches have already sprung up during the Pech’s three years of ministry.

PAKISTAN: It’s all about telling the story 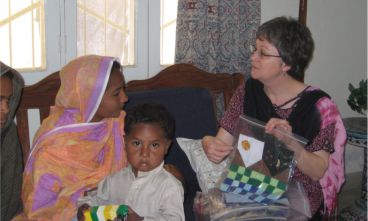 From ancient times traditions and history were passed on to the community through stories told by the village elders. Today, in small household groups in the province of Sindh, men are telling the Bible stories they have learned to their families. Story quilts combine the art of quilt making with storytelling and history. Pakistani women have learned the stories of Scripture as they piece together blocks to make quilts. Each block depicts a different Bible story. This visual aid helps the women to communicate the story to others. Storying has become a means of teaching the Scriptures in a culturally acceptable form, training men and women to tell the stories and their meaning, and to form household churches made up of extended family members. 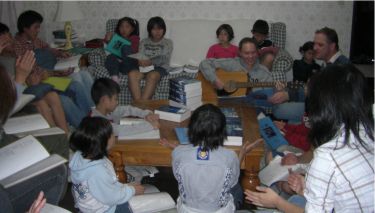 Well-known religious researcher, George Barna, is sold on building tomorrow’s church beginning with today’s children. He writes: “…if you want your life to count for God’s kingdom, there are many viable ways to use your gifts, talents and resources. However, if you want to have the greatest possible impact (i.e., to achieve a lasting legacy of spiritual dividends), then consider employing those resources in ministry to young people.”* Several years ago, Kathryn and Rob Fleming (First, Timmins, ON) committed themselves to this process in Hitachi-Shi, through Saturday evening OASIS groups, a ministry to children and teens. All the elements of church are included along with times of fun and fellowship. Youth have been impacted by the message of the Gospel. Because of the children’s transformation, parents’ lives are being impacted and a church is slowly coming into being.

Among the many popular church planting models is that of satellite churches. The term can be confusing because its definition is flexible. In Medellin, Colombia, El Redil (The Sheepfold) has birthed other “folds” throughout the city. The “mother,” and established “daughters,” support the new plants. Daughter works also plant their own churches. The “satellite” feature comes into play in that, until the daughter work is independent, all administrative functions are looked after by “mom.” El Redil Poblado (a suburb of Medellin) has three daughters: one that will be independent in four months, another that will reach its majority in two or three years, and a third that is just beginning. The El Redil churches are getting to be “ground clutter”—the good kind—blessed by God and multiplying rapidly.

A popular television show of decades ago coined the phrase: “different strokes for different folks.” That works in church planting as well.