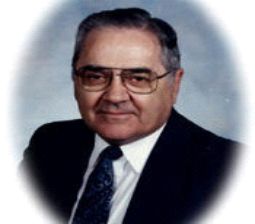 Peacefully on Saturday, September 17, 2011 at St. Josephs Hospice with his family by his side, Jacob (Jake) Spenler went home to be with his Lord and Saviour at the age of 86.   Pastor Jake served as Pastor at Central Baptist in Wallaceburg, Port Lambton Baptist Church and Watford Baptist Church, and for a time was the Pastor of Seniors at Temple Baptist Church in Sarnia, Ontario.

Steven Jones (The Fellowship’s President) said this of Pastor Jake Spenler: “I lost a friend last week. Pastor Jake Spenler, one of our retired Fellowship pastors, was promoted to glory. He was saved as a teen through the ministry of a bishop in the old order Mennonites. He never pastored a mega church or preached at big conferences, but when it was Jake’s turn to ‘share’ at a prayer meeting, I was often deeply moved. He loved God’s Word. At his funeral his daughter shared that he had read through the entire Bible seven times since 2005.”

Eric George McGrath was born in Halifax, Nova Scotia on February 3, 1948. He was the first-born in a family along with a younger sister and brother. Eric came to faith in Jesus Christ in his teen years.

In the 1970s Eric and Pat attended training at Norman, Oklahoma. However, the Lord did not open the door at that time for their service with Wycliffe Bible Translators. Eric and Pat went on to pastor a number of churches in the Fellowship of Evangelical Baptist Churches of Canada, for a total of 31 years. On June 15, 2005, Pat lost her battle with cancer.

In 2006 Eric married Sharon Dickinson. Both the Thompson and Dickinson families were members of Central Baptist Church, Brantford. Sharon had previously returned to Canada from many years of service with Wycliffe Bible Translators ending up her ministry in the Philippines. After they were married the Lord then called Sharon back to the Philippines, this time with Eric. They arrived in 2009 to begin ministry. The needs at the time were great in the area of Personnel. So Eric graciously accepted an invitation to serve as Associate Director for Human Resources. Sharon came on as his coordinator for Member Care.

During their years in Manila, Eric and Sharon were active members at Greenhills Christian Fellowship and Gospel Light Baptist Church.

Eric’s heart was always geared to serve others. Combined with his gifts in leadership, he naturally found himself in roles where others looked to him for advice and help. He was greatly loved and will be missed by both Expatriate and Filipino co-workers in the short time he served in Manila. 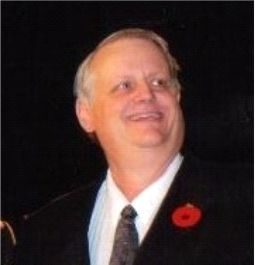 Pastor Doug Porter passed away suddenly in August while speaking at a conference in Colorado. Pastor Doug was predeceased by his wife by a few years. Doug was the pastor at Napanee Baptist Church. He was 57.

He had a heart for missions and was the author of a dozen books, several co written with Elmer Towns, John Maxwell and others. He had also just completed some biographies, one on Ernie Keefe (early Quebec worker). Doug’s favourite theme was revival. He made a point of encouraging the National staff after the last Fellowship 48 (National Convention) in Banff, AB. His funeral was a triumphant one with his grown children giving homage to the Lord and their father. 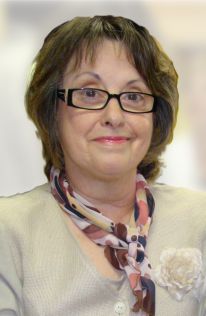 These words were penned by Hélène prior to her death.

My big departure for my final home...Thank you to all those who have helped make my last moments here below so calm and peaceful. I have appreciated each visit, and every card and word of encouragement. During my illness, everything has happened at just the right time. I felt that my Lord was taking my life and circumstances into His hands. I only needed to rest in Him and to trust Him day after day. He has never abandoned me for an instant.

The just shall live by faith. Faith in the omnipotence of God, in His love and in His great mercy. Once I enter the presence of my Savior and Master, I will no longer have access to any of you. It will no longer be possible for me to intercede with you.

He answered: Then I beg you, father, send Lazarus to my family, for I have five brothers. Let him warn them, so that they will not also come to this place of torment. Abraham replied: They have Moses and the Prophets; let them listen to them. No, father Abraham, he said, but if someone from the dead goes to them, they will repent. He said to him: If they do not listen to Moses and the Prophets, they will not be convinced even if someone rises from the dead.  (Luke 16:27-31)

It is here below that you can find answers to your questions. Libraries are full of books, but unfortunately, the Bible, the Word of God, does not have first place in the hearts of many people. In my own case, it has been my guide since 1974, until the day of my death. Prepare to meet your Creator God. For that day is coming faster than you think.

I will rejoice to be able to see many of you in heaven. May God guide you in His infinite love.