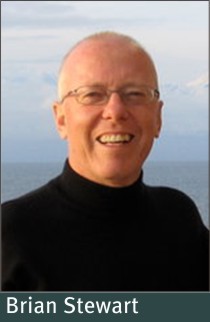 “Praying for 24 hours a day for seven days! Are you kidding?” “I can’t get people to come to a prayer meeting, so I think you’re dreaming!” These were some of the honest comments I received from pastors who responded to the Fellowship’s 24-7 Prayer Initiative challenge for 2011. And yet, from January 1 through to December 31 of 2011, 94 Fellowship churches responded to the challenge of taking one week to seek God in their churches. God has definitely sparked something in our movement. I believe it started in the Prayer room at Fellowship 48 in Banff in November 2010.

Here is what one pastor had to say about 24-7 Prayer in his church. “I can’t contain the joy I have experienced because of what God has done through the 24-7 prayer week. I don’t think there has been a more satisfying and impactful ministry experience in all my years of ministry. I saw God work in the hearts of people who apprehensively walked into the Upper Room for the first time, not knowing what to expect. Most of those who participated confessed that, previously, they had had a hard time praying for ten or fifteen minutes let alone a whole hour. They had no idea who in the world they could pray for that long.”

Another pastor said, “My favorite part of the week was escorting the prayer partners to the Upper Room, praying for them, and then meeting them when they were finished. They walked in, perhaps a little fearful, and when they came out the first thing they said was always, ‘Wow! That went so fast. I could have had another hour.’ And then many of them went down to the signup sheets to see if there was more time available. Several people sort of collapsed in my arms weeping, not able to say a word. Almost all said that God met them and that it was by far the most special time of prayer that they had experienced.”

I was so encouraged when I heard these words. “I believe with all my heart that God’s Spirit is moving through our congregation. He is calling us to a deeper relationship with Him. He is calling us to put aside those things that distract us from Him so that our hearts will be aligned with His. As we do this we will see God use us in ways that we could never even dream of. He is going to open doors for the gospel that we thought were slammed tight. He will restore relationships. He will bring families back together. We will see answers to prayer that will display the glory of the risen Christ in the life of His church. Joy will return to those who have experienced loss. Hope will be restored to many who feel that they have lost their way. I am eagerly waiting for what God is going to do next. Let’s expect God to do a work in our hearts and in His church.”

What can we say to this but, Praise God! It’s not about a program or even about our Fellowship, it’s about children and their Heavenly Father conversing. Can we put a value on this? Will our children one day look back and say, “Remember that time?”  I give thanks to God for all the good things He accomplished this past year. Special thanks to Dan Shurr, in the Fellowship National Ministry Centre, for his partnership.