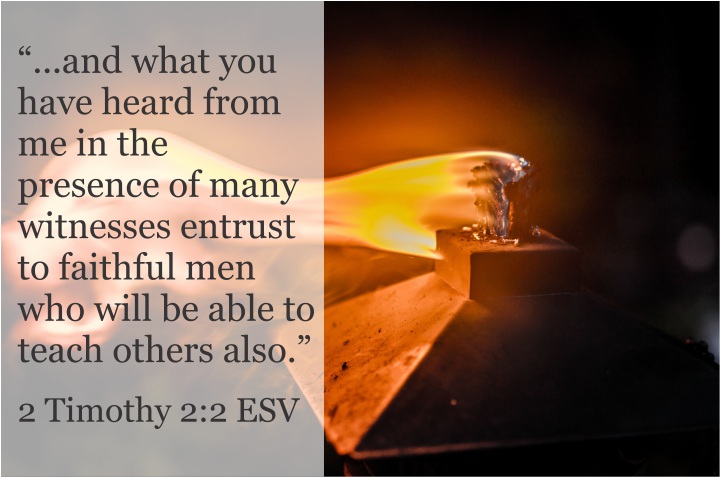 The vision for evangelizing Quebec was born primarily among English-speaking Baptists from Ontario. W.S. Whitcombe was burdened to see the belle province reached for Christ during the time he was a professor at the Toronto Baptist Seminary. He convinced the Board of Directors to make it mandatory for every student to learn French. God used this to call Murray and Lorne Heron to Quebec in 1938. These men and others, along with dramatic social changes in Quebec, fed a movement of God’s Spirit that had never been seen before in Quebec and would continue strong for about 20 years.

At that time Quebec had no seminaries. This meant looking to seminaries in English-speaking Canada or the United States for either workers ready for service, or as a place for indigenous workers to be trained. Unfortunately, Quebec was known as a graveyard for missionaries and no one wanted to come! The demand was greater than the number of workers who were able to pursue studies.

So in 1972, Jacques Alexanian, Bill Phillips, and Élisée Beau were tasked to put into place a training model that would work in Quebec. Although the early development of SEMBEQ was slow, they established important groundwork that would set the course for the next 40 years. They believed that the seminary was to submit to the leading of the church.  And they believed that the training of pastors was to be the top priority.

As courses began to develop, the Lord revealed to us that our students needed practical training as well as theological training. This was accomplished through the implementation of coaching relationships with either an elder or the pastor of the student’s local church. Practical Training Guides and Character Development Exercises were developed. Through this new model, we were able to train the whole man: his head, his heart, and his hands. Our desire was also to see the church take leadership in the training and qualifying of its own leaders since student and coach were serving at the same church and the congregation would observe the student’s service.

In 1999, Jacques Alexanian passed the baton of SEMBEQ's leadership to François Picard. Under François’ leadership a vision to see 100 workers trained in 10 years was developed. In 2005, three friends: Yanick Éthier, Stéphane Gagné, and François Turcotte, formed a group called the Three Musketeers in order to study together and to meet regularly for prayer and mutual encouragement. This relationship sparked the formation of the first SEMBEQ cohort, which was started in January 2005 in Montreal. There were about 20 students from various churches who committed to six years of ongoing training. Each student continued the coaching relationship alongside a leader from his local church, and also committed to pray for and encourage the other group members. In the years that followed we saw the birth of cohorts in the Outaouais region, the Eastern Townships, Laval, Granby, Rosemont, and Quebec City.

In 2015, under the leadership of François Turcotte, an ambitious vision to see 200 pastors, 200 elders, and 200 women, equipped created a need for a more rapid means of training. Around that time SEMBEQ had entered into a closer friendship with Northwest Seminary in British Columbia. They had been influenced by SEMBEQ’s church-based model and had taken it much further. Each student is assigned three coaches: one for academics, one for character, and one for ministry placement. This synergy of coaching allows the student to develop his head, heart and his hand in the context of the local church, ensuring that upon graduation he will be useful to the church and ready to serve. This program was launched last year, and although the requirements for entry are very high, we started with three students. These students are studying, being coached and serving full-time in their local church.

Even though SEMBEQ has evolved, its mission remains the same, helping churches to train their leaders. The desire to see workers sent into the mission field who are passionate to see lost souls come to Christ motivates us to do better and to innovate.

—Until just recently Daniel Henderson served with SEMBEQ as the director of Development and leads Éditions Cruciforme; SEMBEQ's publishing arm.