Kick Start 2: On the Road 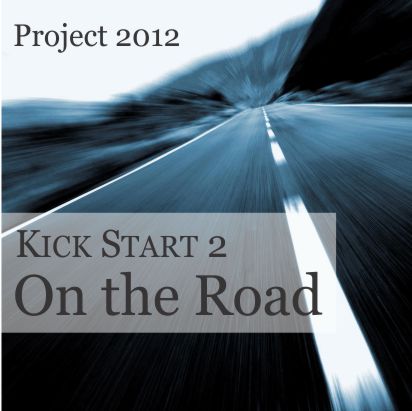 Back in the annals of Fellowship Baptist history, the phrase, “Church Planting: Always In Season” was coined. What was true then is still true today. Studies show that: “The single most effective evangelistic methodology under heaven is planting new churches.” With that vision in mind, we take pleasure in introducing Kick Start 2: On the Road, our national project for 2012.

Our objective is to assist in the launching of several church plants, both in Canada and internationally. As churches and individuals partner together in seeing these new plants come to life and begin to flourish in their communities, the Word of God will go forward and his Kingdom will grow.

Allow us to introduce you to the eight church plants and church planters from across our regions that make up this year’s project and represent our growing church planting movement.

Surrey, British Columbia
Parkland Fellowship Baptist Church is itself a granddaughter church plant and is committed to “paying forward” that privilege. The City of Surrey, once a bedroom community serving Vancouver, is projected to surpass Vancouver as British Columbia’s most populous city by 2020-2030. A whopping 19.2% of the population is Sikh along with a large Muslim community. Surrey also has one of British Colombia’s youngest populations with nearly one-third of its residents under the age of 18. Almost 50% of Surrey’s inhabitants are non-white, making Surrey one of the most culturally diverse cities in the country. Parkland Baptist Church, under the leadership of Pastor Brian Stewart, has targeted Surrey as the site for a second-generation, multi-cultural church plant focusing on young adults (20s-30s), the least religiously oriented of all age groups. Parkland Fellowship is trusting the Lord to have a church planter in place by September 2012.

Vancouver, British Columbia
Greater Vancouver is the third largest metropolitan area in Canada with a population of 2.3 million people. It is the most densely populated of all Canadian cities. By 2008, 51% of those inhabitants belonged to a visible minority. Vancouver has one of the highest concentrations of ethnic Chinese in North America with 30% of the population being of Chinese heritage. The largest religious group among Vancouverites is made up of those who claim to have no religion at all. This makes church planting in the core of the city a number one priority. South Delta Baptist Church, under the leadership of Pastor Paul Johnson, is looking at targeting the southern part of the city of Vancouver for a new church plant and expects to have a church planter in place by September 2012.

Forward Baptist Church in Cambridge is living up to its name—looking forward to planting not one, but two, satellite churches. Partnering with FEB Central Region, Forward has begun to lay the groundwork for new churches in Guelph and Kitchener, Ontario. Steve Adams, Forward’s Senior Pastor, is thrilled with the response from his congregation to the challenge, some of whom have offered to sell their homes and relocate to the targeted communities.

Guelph, Ontario
Willow is located in the north part of Guelph. Low income, high density and high need describes this target area, and its dynamics fit well with the experience and training of church planters, James and Karen Bast. James has extensive experience with Celebrate Recovery, a freedom-from-addiction program and Karen has worked for some time with at-risk teens. The Basts have already moved into the community. The projected date for the launch is early 2012.

Kitchener, Ontario
Doon Creek in Kitchener is a new development springing up to serve the influx of middle class, young families moving into the area. Derik and Amanda Fuller have moved from Oakville, Ontario to Kitchener to begin this new work. Launch date is expected to be in early 2012. These satellite churches will not be just clones of Forward in Cambridge. Each has a unique target audience, will have a unique name, and will have their own full-time staff to meet the needs of the congregations.

Bécancour, Quebec
The Evangelical Baptist Church in Three Rivers is bursting at the seams. Rather than extend its building again, the church has turned its eyes toward the municipality of Bécancour, just across the river from Three Rivers. About 43,000 people live in this almost exclusively French-speaking but unreached area. Several people from the church in Three Rivers live in Bécancour, and five house church groups already meet together. The plant, Église Baptiste Évangélique d’Aujourd’hui,  launched on September 11, 2011, with 80 members from the mother church. Church planter Israël-Luc Godfrey is a veteran pastor with pastoral experience in Sherbrooke and Matane. For the last 13 years, he and his wife, Agnès, have been preparing and praying for the opportunity to do church planting and are excited about what the Lord is going to do in the region of Bétancour.

Montmagny, Quebec
A single community doesn’t always represent a lot of people, but with modern transportation and communication, smaller communities within a region become significant targets for the church-planting enterprise. One such target is Montmagny on the south shore just east of Quebec City. Montmagny, interestingly known as the Snow Goose Capital of Canada, is the hub of a region with a population of over 23,000 people. Robert and Chantal Bonenfant live in Montmagny. Robert is an elder at Église Baptiste Évangélique des Etchemins in Charny, QC, which is the mother church of this proposed new plant. He has also taken training in church planting and is being mentored by an experienced church planter.

Saint-Leonard, Montreal, Quebec
The goal of the AÉBÉQ Region is to plant one French-speaking church for every 35,000 people. On the Island of Montreal it will be necessary to plant 50 new congregations if that goal is to be reached. Église Baptiste Évangélique de Rosemont on the Island of Montreal is a reproducing church. But this time there is a unique twist to the church plant targeted for the Montreal suburb of Saint Leonard. Réne Frey, the senior pastor of Rosemont, is leaving the mother church to plant the daughter work and to train the man who will eventually pastor the new church. Saint Leonard boasts a unique cultural blend. Almost a third of the over 70,000 people in the region speak languages other than English or French. Forty-three percent of the population are descendants of Italian immigrants which has given Saint-Leonard the nickname of Città Italiana. Many services in the community are available in Italian as well as in English and French.

Colombia, South America
The ministry of Fellowship International in Colombia bridges many years. The goal of our missionaries has been to create a reproducing church. El Redil del Oriente is an example of how that goal is being reached. This church of 300 has already launched one church plant and is now looking to plant a second work in the neighbouring towns of La Ceja and El Retiro. Both of these towns already have groups meeting in homes and within the coming year a church planter will be commissioned to form these into a formal church plant.

Funds from Project 2012 will be used to help support the church planter, assist with either a down payment on a facility for the new plant or to cover some of the cost towards renting a meeting place.

Church planting has many challenges. The road to a successful launch is often filled with obstacles and potholes, but with the encouragement and support of our churches across Canada, the journey will be completed, and we will see a harvest of souls for the glory of God.